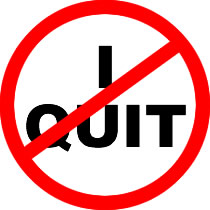 One of the hardest things for parents and coaches to hear kids say is “I QUIT” especially, when the athlete’s desire to quit is sudden. So, what’s a parent to do?

This is a situation I have found myself in a few times, but most recently with my youngest daughter and swimming. I am actually glad I didn’t post about this as we were going through it as it all makes much more sense now that we have gotten past “I Quit” – at least this time.

In September when the fall swim season started, my daughter was pretty excited. She felt like the girls in her group were all her friends and she called them her “Dream Team,” and this being her second full season on the team she also started with a sense of confidence and knowing what to expect. Because my son is also swimming but in a different group, Nat gets to play with her friend before each practice as A’s sister in also in the other group. The two girls were too much fun to watch as they played, chatted and basically used that time as a transition between school and swim. I felt so relieved and was sure this year would be smooth sailing as Nat had so much to look forward to each practice.

And then she got sick. That nasty, fever raging, energy draining, in hindsight-most-likely-flu thing that took absolutely everything out of her.

She was out of school for a week. The following week when she returned to school I recommended that she go to practice. She immediately said “no” and really resisted the idea. (Clue #1 missed.) She ended up going to practice but really didn’t have her energy back which meant swimming was really hard, which equaled “really not fun” for her. That weekend there was a swim meet and she started telling me how much she hated swimming, didn’t want to compete, and wanted to QUIT.  The day before the meet she said that in a way she wanted to compete, but in the same sentence still told me she wanted to quit.

Finally after really stepping back, talking with her coaches, listening to what she had to say, I figured something out – she was still recovering from her illness and being the perfectionist child she is, she thought it was easier to quit than to get back in the water and rebuild her stamina.  After more discussions, we also realized that it wasn’t until last week that she was really back to 100% .

Last week my Nat returned. After a few days of talking, confidence boosting and some distractions from her coaches, she is back in the water, excited, confident, motivated and ready for her meet this weekend!!

PARENT TIPS FOR GETTING PAST “I QUIT”

1. Look at your child’s health. Has she been sick or is she getting sick? Is she dealing with an injury?

2. Have there been any changes or dramas at school or home?

3. Stop asking “how was practice?” A very wise coaching mentor told me this once and while it is hard to do, it is a habit parents MUST break! Instead, let your child direct the conversation.

4. Listen to your child away from the sport. Is your child interested in how her teammates are doing? Does she still consider herself part of the team? Does she give you clues as to what the root of the problem may be.

5. Communicate with her coach. With the right information, the coaches can help re-establish expectations, get your daughter involved and make your daughter find her spark again.

6. Take it one step at a time. Try setting intermediate goals and praising her for reaching them. For us, it was getting Nat back in the water – even if it meant all she did was kick or swim her strokes with her head out of the water.

7. Remove unnecessary stressors. If you daughter isn’t ready to compete or to play in the game yet, then sit one out. I do encourage going to cheer on teammates still as that serves its own positive purpose, too. If you need to reduce her practice times temporarily, then do so.

8. Remind her of her commitment. Organized sports usually have some sort of commitment attached to them. By saying you need to finish the season and then you may quit, gives her the time to reconnect with her sport and decide if it is what she wants to do, and it encourages positive work ethics, too. As in, you need to finish what you start.

9. Use distractions. For example, my daughter loves it when her coach plays the Skittles game. So one thing that helped get her back to the pool was a suggestion to stop at the store and buy her coach a bag of Skittles for practice. She was so focused on buying and delivering the Skittles that the swim issue was secondary. (More tips for keeping workouts fun)

10. Be positive!! Remember that your child is a child first and an athlete second. The sport does not define her success or worth as a person and it shouldn’t define yours either. Keep your eye on the BIG picture. 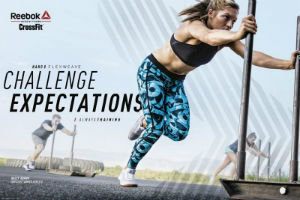 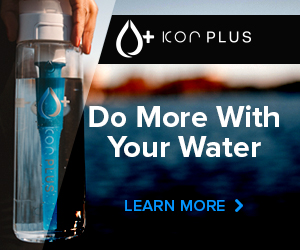