This post contains affiliate links which means I will earn a small commission for any purchases made through these links at no additional cost to you.

The countdown is on for the 2018 PyeongChong Winter Olympic Games happening in South Korea from February 9 through 25. I personally LOVE the Olympics and it doesn’t really matter which sport is on, I want to cheer on all the athletes. I know how much talent, commitment and luck it takes to make the team and I want them all to have a great competition!

The team at Fanatics has the best selection of Team USA gear for any occasion.  I love long-sleeved t-shirts in winter for coaching, so I am going to be adding the Team USA Olympics in Mountain Long Sleeve T-Shirt – Navy  to my shopping cart shortly! 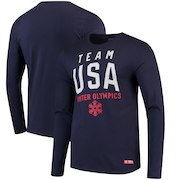 Long sleeved t-shirt not your style? Here are just a few of the other Team USA items that Fanatics carries.

What is your favorite winter games event? Have you got your Team USA gear yet?

For those familiar with Amy Purdy and her story, her success on ABC’s Dancing with the Stars should come as no surprise. Purdy hasn’t just been overcoming obstacles since the double amputation of both her legs at age 19 – she’s been plowing right through them as if they never existed in the first place.

If you’re unfamiliar with her, she’s certainly going to be someone you want to know. After contracting what she thought was the flu at age 19, she found herself growing rapidly sicker, and within a day she was rushed to the hospital after developing septic shock. She soon went into a coma that would last for three weeks. Doctors finally learned that she had the bacterial infection neisseria meningitidis attacking her circulatory system, eventually causing multiple organ failures and resulting in the removal of her spleen and amputation of both her legs below the knee. Doctors at said that at the time, she had less than a 2% chance of survival. She later told ABC News, “I remember thinking, this is so surreal. This is so crazy. I thought, ‘This is what it feels like to die.” 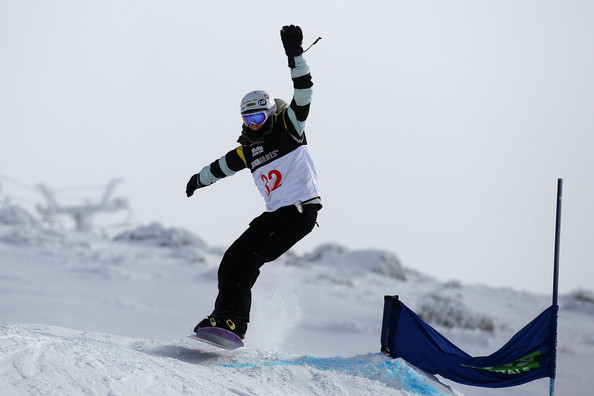 Of course, she didn’t die, and in fact she was back on a snowboard (her sport of choice before falling ill) only seven months after her amputation. A year after the amputation she had returned to the snowboarding circuit, competing thanks to the support of the Challenged Athletes Foundation. Inspired by the support of the CAF, Amy decided to start her own organization for disabled athletes in 2005 called Adaptive Action Sports.

You would think that running a non-profit, working as a massage therapist, and a CAF spokesperson would be enough to keep anyone busy, but not Amy. She continued to snowboard competitively while pursuing other passions including acting and modeling. She even appeared in a music video for Madonna after the singer heard her inspiring story. To top it all off, Amy just brought home a bronze medal from the 2014 Sochi Paralympics. 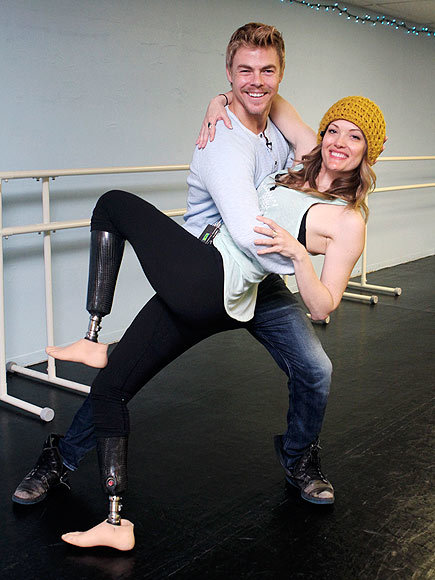 Now Amy is tackling another project: dancing. Never one to back down from a challenge, she and her partner Derek Hough were rehearsing even while she was in Sochi, and the duo flew directly from Russia to L.A. the day before the first show. Anyone would have been exhausted, jet lagged, and wanting to simply crawl into bed, but not Amy – she dazzled on the dancefloor doing a cha-cha that brought judge Carrie Ann Inaba to tears and landed her an impressive score of 24/30.

She also pulled off another stellar performance during week two, after surviving a double elimination at the beginning of the show. While she was slightly concerned during rehearsals for her swing, she said, “It’s a pretty funny thought to think that my legs could potentially fly off.” Well, it’s a miracle they didn’t with all of the high intensity kicks, splits, flips, and jumps in her and Hough’s dance. Perhaps ironically, the only slip up in the dance was a missed arm motion. The performance ended with Amy doing the splits as the audience gave her a standing ovation. The judges were impressed as well, giving her a score of 24 out of 30 and putting her in the top five for the night.

Yet, amazingly, in week three Amy did even better with her contemporary dance which she told the L.A. Times was about “giving gratitude to my family and my dad for their support through my toughest time.” Clearly her inner passion came through and she landed a 9/10 score from each judge, giving her 27/30 her personal best so far. Those who haven’t seen Amy’s performances yet this season can catch them through many video-on-demand services, ABC Go, the ABC Player App or on demand through your DirecTV receiver or DVR.

For Amy’s fans, her success on the show comes as no surprise, she’s been defying expectations for quite a few years now. But for those of us who hadn’t heard of her before, who didn’t know her story, it’s a truly awesome story of perseverance and dedication. Amy can teach all of us, athletes or not, that only you set your own limitations, no one else.

The Olympics are just a few days away and the commercials, trailers and other press are really doing a great job of overshadowing the fact that Sochi may or may not really be ready for an event of this size.

The BBC trailer for the Sochi games is so awesome. Words to describe it – Haunting. Inspiring. Dramatic. Epic. Spine-chilling. Yep, those are just a few!

The voiceover is from Charles Dance from Game of Thrones and you might think the trailer is for some big Hollywood movie production, but it is not.

When you read the transcript of the video, you can really get a better sense of the build up, the intensity and the emotional qualities of these games:

I am the dreadful menace.The one whose will is done.The haunting chill upon your neck.I am the conundrum.

I will summon armies.Of wind and rain and snow.I made the black cloud overhead.The ice, like glass below.

Not you, nor any other.Can fathom what is nigh.I will tell you when to jump.And I’ll dictate how high.

The ones that came before you.Stood strong and tall and brave.But I stole their dreams away.Those dreams could not be saved.

But now you stand before me.Devoid of all dismay.Could it be? Just maybe.I’ll let you have your day.

Are you ready? Have you got your Sochi Olympics Winter Gear yet?